The story of our own Church has a real romance about it. It began in the parlour of “Plum Tree Cottage,” on Sandy Lane, Heswall. Mrs. Kirkland, the wife of the minister of the Presbyterian Church in West Kirby, visited Mrs. Mary Price to ask her if she would be willing to have services held in her home.

She agreed to this request, and so in 1895 Rev. Patrick Kirkland began walking from West Kirby to Heswall to hold services in Plum Tree Cottage every Wednesday afternoon. (Patrick Kirkland wrote a hymn which appears in the Church hymn book “Rejoice and Sing” number 240 “Jesus Lord Redeemer”).

In 1995, when we celebrated the church’s centenary on Sunday 23rd April, we marched through the streets of Heswall from Plum Tree Cottage arriving at the Church, just before the morning service. The next week on the afternoon of 30th April, a group retraced the walk from West Kirby to Heswall, and Rev. Malcolm Ryland-Jones, who was then the minister at West Kirby, preached at our evening service.

heswall-urc-02The numbers attending these meetings soon outgrew the cottage and so the congregation rented a room above a stable situated on the junction of Grange Mount and Pensby Lane, as the present Pensby Road was then known. It was not long before this also was not large enough to accommodate the growing congregation, which was now meeting on Sundays as well as in the middle of the week. And so a piece of land adjacent to our present site was bought at a cost of £500, and here a corrugated iron building, which was affectionately known as the Tin Tabernacle, was erected, at a cost of a further £660.

The congregation continued to grow and on 31st May, 1908 the last service was held in the Tin Tabernacle. For a time, the members worshipped in a new Church hall until a new brick built Church was completed in 1909. During the next twenty years, the Church saw a considerable growth in the size of the congregation, the greatest growth taking place during the ministry of Rev. D. Conley Eades, from 1932 to 1947. When he arrived the membership stood at 200. After five years it had grown to 320, after ten years to 428 and when he left in 1947 the membership had reached 468. The growth of the church under his ministry is a challenge and an inspiration to us.

heswall-urc-03The brick built church building served the congregation until 1967 when it was found to be unsafe because the walls were spreading under the weight of the roof. So the members went back to worshipping in the Hall until our present Church building was opened in 1970. (You will find the communion table, the font, the brass lamps and a piece from the war memorial window from the old Church in our welcome area today.)

In 1972 our congregation along with the whole Presbyterian Church in England, joined with the majority of Churches in the Congregational Union of England and Wales to form the United Reformed Church. When TESCO was planning to build a new supermarket they offered to purchase some of the Church’s land, including the site of the old hall. With the money received from this land, the congregation was able to build the new hall, which was opened in 1992.

Another notable ministry in our church was that of Rev. Alan Gaunt, who has made a valuable contribution to the worship of the National Church, through his books of prayers and hymns, many of which appear in our church hymn book, Rejoice and Sing.

heswall-urc-04Our Church grew from very small beginnings. It is a story, which we cherish, but it should also inspire us. It demonstrates what God is able to do through a small group of committed disciples.

Those who worshipped and worked here before us bequeathed to us a wonderful suite of buildings, ideal for God‘s work in our time. We take up this challenge with both gratitude and enthusiasm.

A more detailed account of the history of our church can be found in the booklet, which was produced as part of the church’s centenary celebrations. 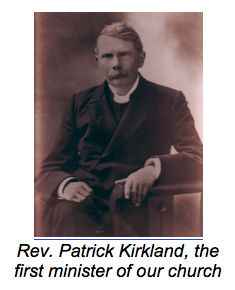 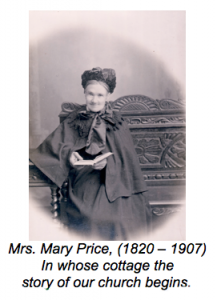 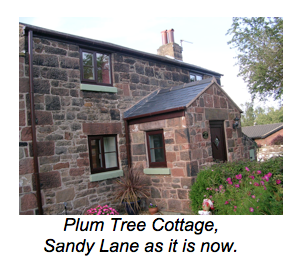 Key dates in the life of Heswall URC

Our Church – The National Church to which we belong

What is the United Reformed Church?

In the URC Statement of Faith we affirm, “The highest authority for what we believe and do is God’s Word in the Bible, alive for His people today through the Help of the Spirit.” So when it comes to deciding the structure of the Church, we should obviously copy the model we find in the New Testament. Unfortunately no such model exists, but we strive to develop a form of ordering the life our church based on New Testament principles.

Where did it come from?

The United Reformed Church came into being on 5th October 1972, as a result of the uniting of two much older Churches, the Presbyterian Church of England and the Congregational Union of England and Wales. When we are asked “Where do we come from?” we usually try to answer that question by mentioning dates like 31st October, 1517 when Martin Lither nailed his Ninety-five Theses to the Church door at Wittenburg, 6th April 1593 when Henry Barrow and John Greenwood were hung for attacking the ecclesiastical supremacy of the Queen and the Church of England, 1620 when the Pilgrim Fathers set sail for America, or August 24th 1662, when ministers who could not subscribe to the new Act of uniformity left the Church of England. But our story goes much further back than Martin Luther and John Calvin and their attack on the Church of Rome. Our story includes Peter and Paul, Augustine of Hippo, Francis of Assisi, Augustine of Canterbury, Patrick, Columba and David. These are all part of our story, a point well made by David Thompson in his pamphlet “Where do we come from?”

When we try to try to explain the origins of the URC, we usually begin our story with the Reformation in the 16th centuary, when men like Martin Luther and John Calvin criticized certain aspects of the Church of Rome, which they believed were contrary to what they found in the Bible. It was their intention to “reform” the Church. They looked to create a system of church government, not ruled over by powerful individuals, but rather by decisions being made by church members under the guidance of the Holy Spirit. The result was the split between the Roman Catholic Church and the Protestant (Protesting) Churches.

In England, under Henry VIII and Queen Elizabeth I, some of these Protestant principles shaped the Church of England, but for many these changes did not go far enough. The result was that in 1662 they left the Church of England. Among these Dissenters were Presbyterians and Congregationalists (or Independents as they often called).

The main difference between these two groups of Dissenters was that the Presbyterians believed in a parish system based on the principles outlined by John Calvin, that they were responsible for all those who lived in a certain geographical area, whereas the Congregationalists believed that the Church was to be a community of those who lived faithful and holy lives.

However, these two groups held more in common than those beliefs over which they were separated. They shared an allegiance to the principles of the Reformation – the authority of the Bible (rather than that of Popes or Bishops) and that we are put right with God through our trusting in what He has done for us in Jesus, rather than our own good works. It was because they shared these principles in common, that the two traditions started talking together about uniting as early as the 1920s. These talks resumed in earnest in 1963 and eventually they came together in 1972 to form the United Reformed Church.

Since that date the family of the United Reformed Church has received two more members. In 1981, the union was enlarged when the Churches of Christ joined. The origins of this group of Churches go back to C18th and Thomas Campbell, a Presbyterian minister who emigrated to America for health reasons.

His son, Alexander, taught about the importance of Christians uniting on the basis of New Testament principles including Believers’ Baptism and weekly Holy Communion. The result was the formation of yet another denomination. (It is through the Churches of Christ joining the URC that we have Believers’ Baptism as part of our tradition as well as infant Baptism). In 2000, the horizons of the URC was extended when the Scottish Congregational Church was welcomed into the family.

Link to: Get in touch

This is a notification that can be used for cookie consent or other important news. It also got a modal window now! Click "learn more" to see it!

We may request cookies to be set on your device. We use cookies to let us know when you visit our websites, how you interact with us, to enrich your user experience, and to customize your relationship with our website.

Click on the different category headings to find out more. You can also change some of your preferences. Note that blocking some types of cookies may impact your experience on our websites and the services we are able to offer.

These cookies are strictly necessary to provide you with services available through our website and to use some of its features.

Because these cookies are strictly necessary to deliver the website, refuseing them will have impact how our site functions. You always can block or delete cookies by changing your browser settings and force blocking all cookies on this website. But this will always prompt you to accept/refuse cookies when revisiting our site.

We fully respect if you want to refuse cookies but to avoid asking you again and again kindly allow us to store a cookie for that. You are free to opt out any time or opt in for other cookies to get a better experience. If you refuse cookies we will remove all set cookies in our domain.

We provide you with a list of stored cookies on your computer in our domain so you can check what we stored. Due to security reasons we are not able to show or modify cookies from other domains. You can check these in your browser security settings.

We also use different external services like Google Webfonts, Google Maps, and external Video providers. Since these providers may collect personal data like your IP address we allow you to block them here. Please be aware that this might heavily reduce the functionality and appearance of our site. Changes will take effect once you reload the page.